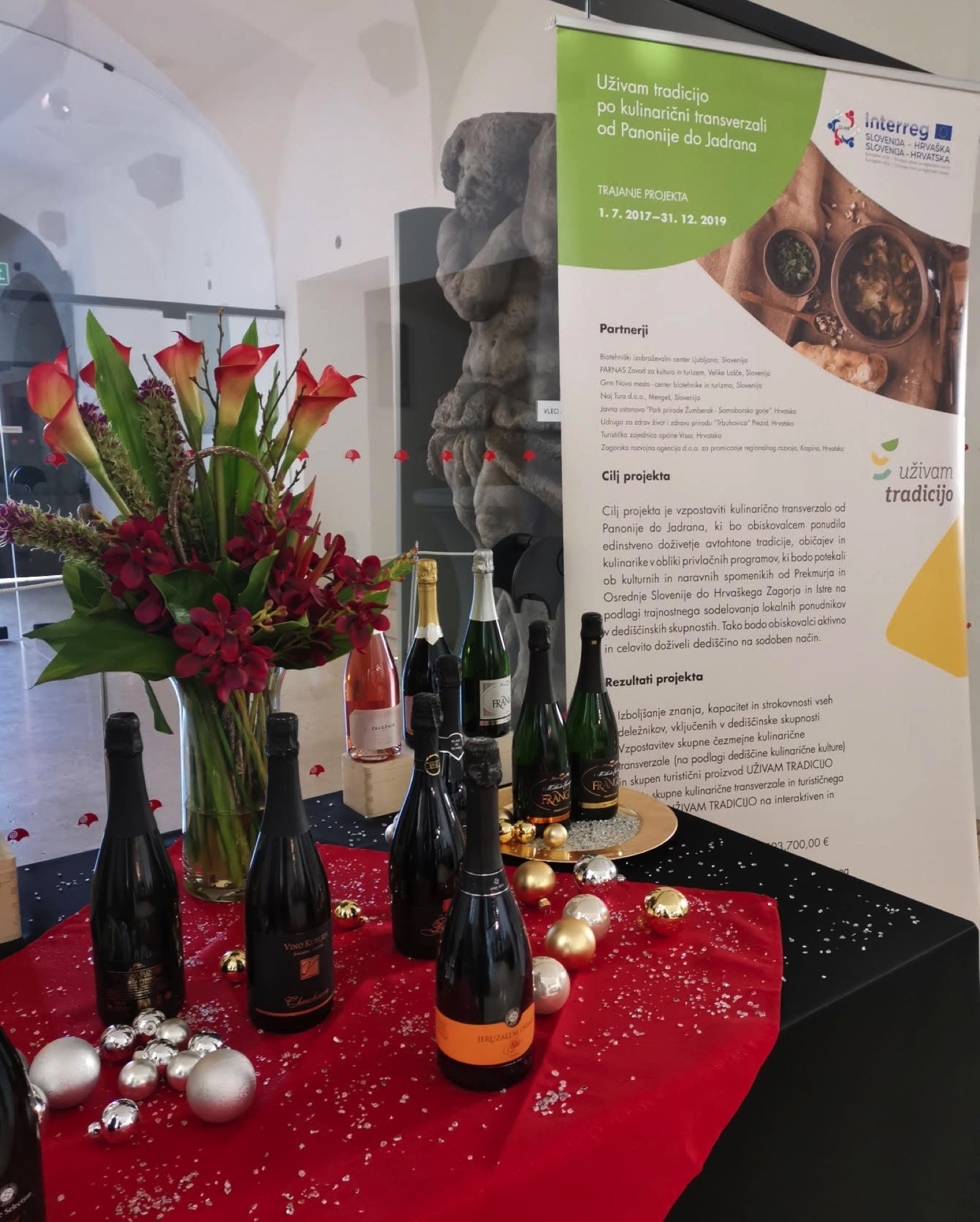 The first mention of sparkling wines in Slovenia

The first mention of sparkling wine appeared in Slovenia on December 10, 1853 in Bleiweis’s news: “Champagne or sparkling wine – sparkling wine – is the most beloved and sweet of today’s gentlemen. There is no real celebration or ceremony where sparkling wine does not foam. Sparkling wine, however, is not known to be a natural or ordinary fermented wine, but it is artificially prepared. The French Champagnes invented this art and for many years they were the only possessors of this secret, which brought them a lot of money. Even in our empire, some sparkling wines have already been made, I can freely say that no one has ever been so great at it as our virtuous Alojz Kleinošek from Radgona. Many appreciate it more than the French version, especially for an important reason that it always serves health. Mr. Kleinošek started this great thing in the right way He went to Champagne and gave a lot of money to an excellent winemaker and sparkling wine producer, so he was able to help in his winery, worked and inquired until he got all the necessary information. When he returned to Radgon in 1850, he began making sparkling wine from Slovenian wine. By the end of 1852, the happily discovered Kleinošek sparkling wine was already on sale. Immediately, people liked it so much that 12,000 bottles were sold in a few months. ” (Dr. Janez Bleiweis, Novice kmetijskih, obertnijskih in narodnih reči, 10. 12. 1853)

Interesting facts from the world of sparkling wines

The beginning of the production of sparkling wine is attributed to the father, the caretaker of the Benedictine monastery Hautvillers Dom Pierre Perignon (1639 – 1715), who was the first to separate the remaining yeasts from the wine in a bottle and get pure sparkling wine. As a champagne, the wine became famous all over the world. The French protected the name champagne. The method is called “method champagne” and outside the French province of Champagne it can only be called a “classic method” and the product a “sparkling wine”. The production of a champagne itself happened quite by accident. The wine stopped fermenting in the autumn and woke up again in the spring, when it was already bottled. This has long been considered a mistake. Dom Perignon was supposed to turn this mistake into a regular procedure. Controlled champagne production in Champagne did not begin until the 18th and 19th centuries. Later it spread rapidly throughout Europe. (Klavdija Topolovec Špur, Production of sparkling wines, Gornja Radgona, 2015)

Methods of production of sparkling wines

The sparkling wines are classified according to the rest of the reducing sugars into:

Division of sparkling wines by color

Classification of sparkling wines into classes

2nd class of quality sparkling wines, which we classify into: 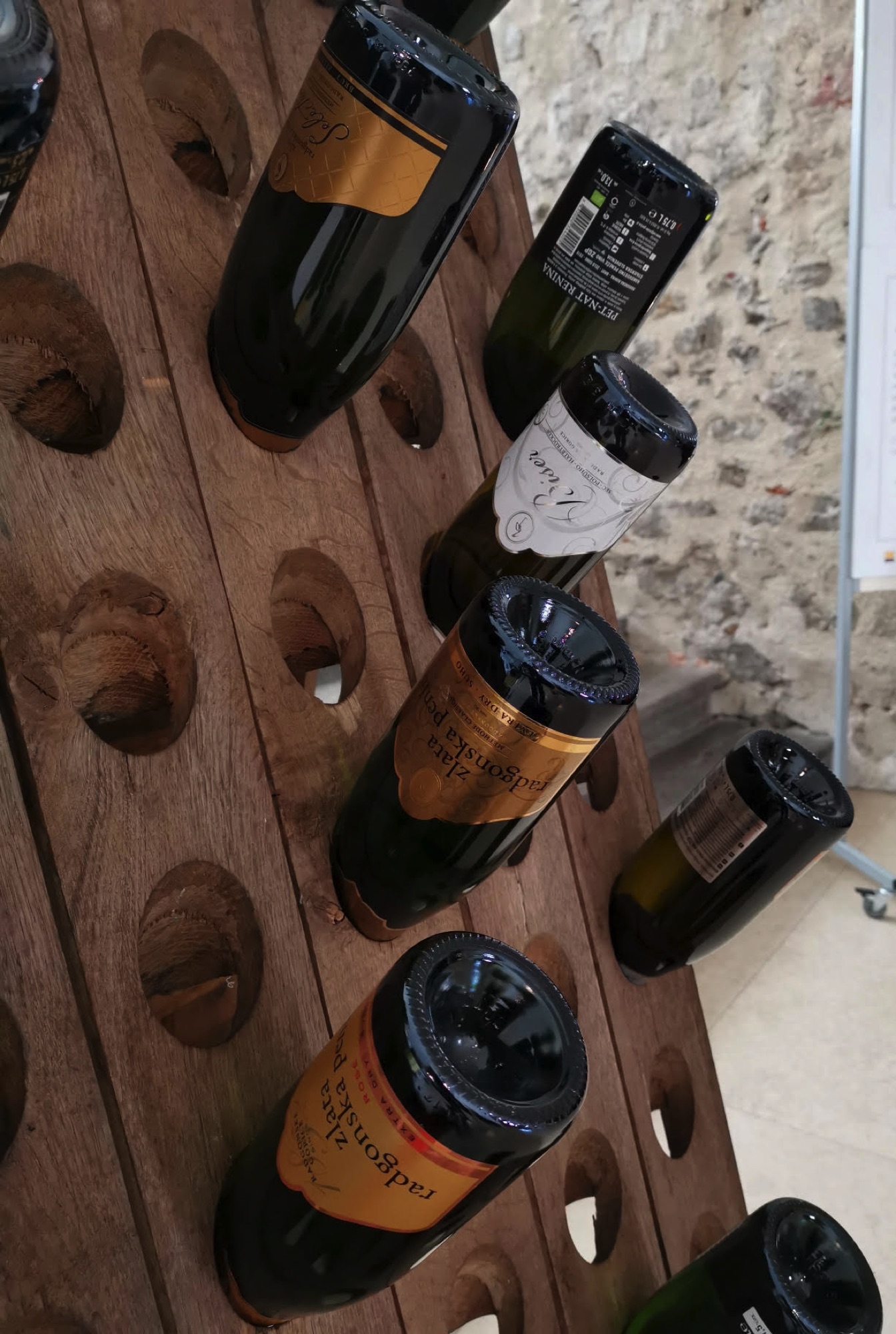 Some more interesting quotes and sayings about sparkling wine and champagne:

“I can’t live without sparkling wine. When I win, I deserve it, when I lose, I need it. ”(Napoleon Bonaparte)

“There comes a time in every woman’s life when the only thing that helps is a glass of champagne.” (Bette Davis)

“Sparkling wine is the only drink that makes a woman even more beautiful after drinking it!” (Madame Pompadour)

“Because I’m a real woman who always finds strength, she puts lipstick on her lips with red, puts on a little of her favourite perfume, toasts herself with a glass of sparkling wine and moves on in life. Life however is beautiful and the sun is outside. ” (Marylin Monroe)

“I only drink sparkling wine on two occasions when I’m in love or when I’m not.” (Coco Chanel)

“Sparkling wine must be chilled, dry and free.” (Winston Churchill)