GOVNAČ WITH THE CARNIOLAN SAUSAGE 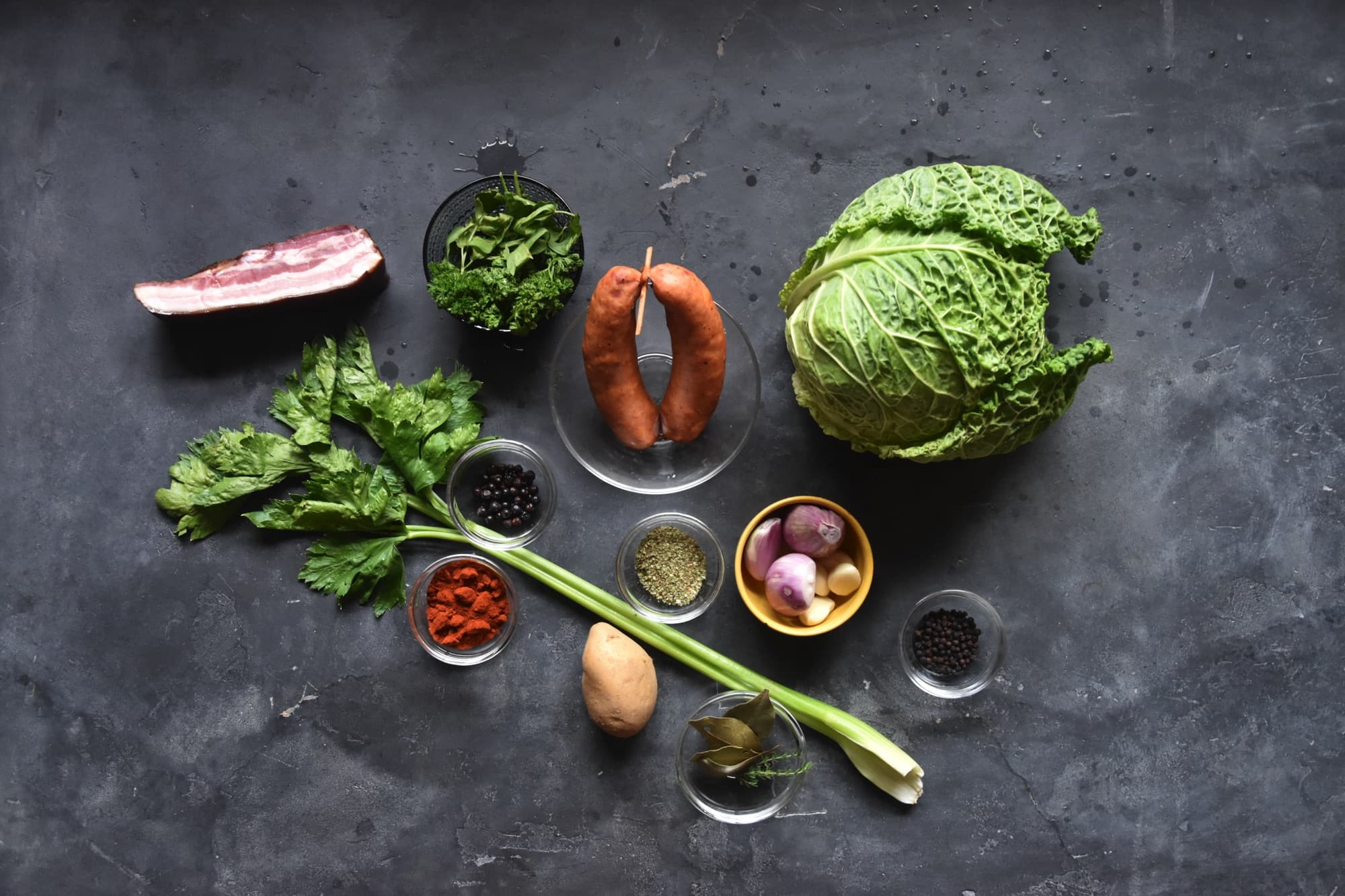 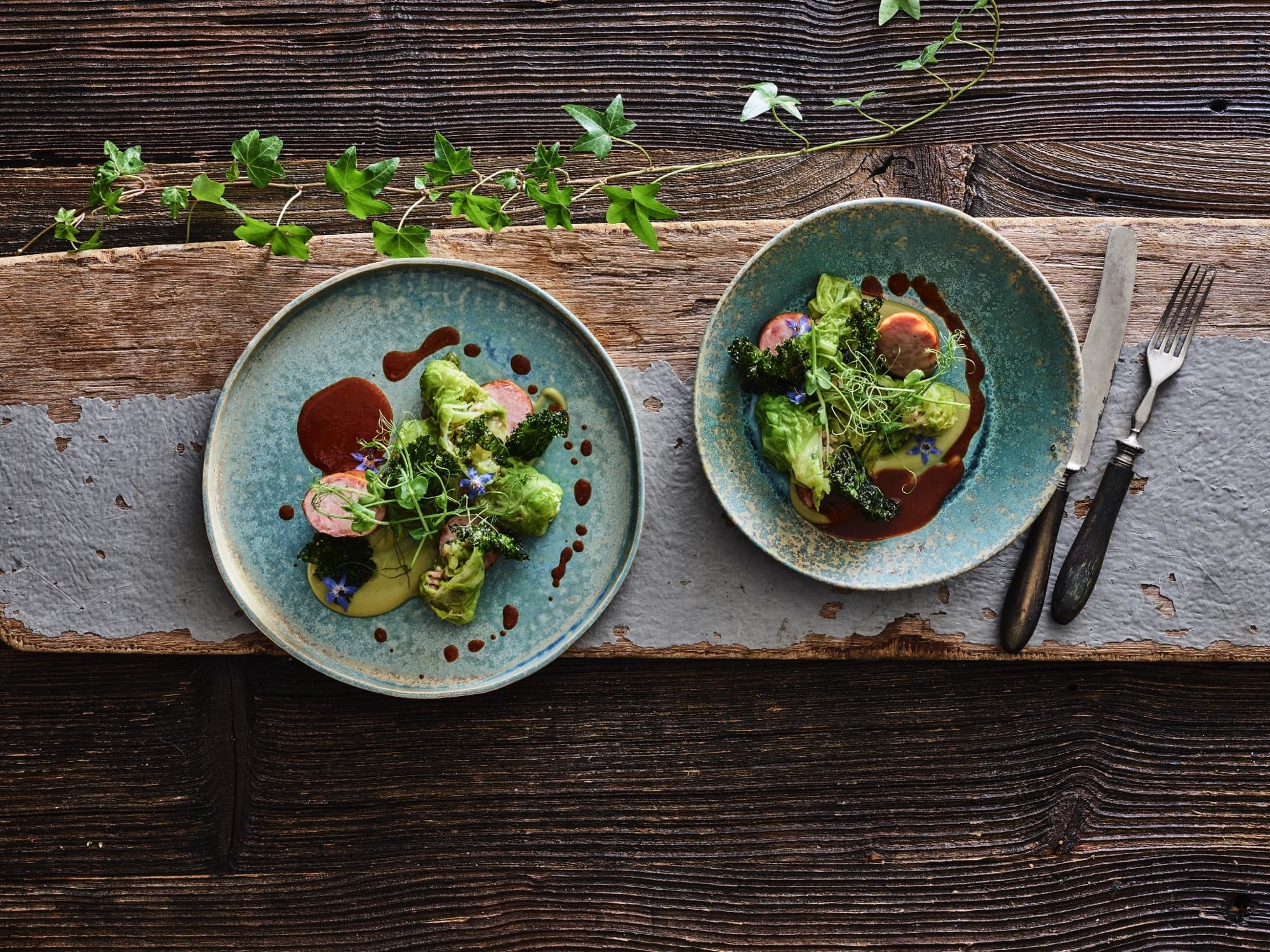 It consists of a standalone dish made of puree, a “govnač” roll, sauce and Carniolan sausage, and prepared with kale instead of cabbage. 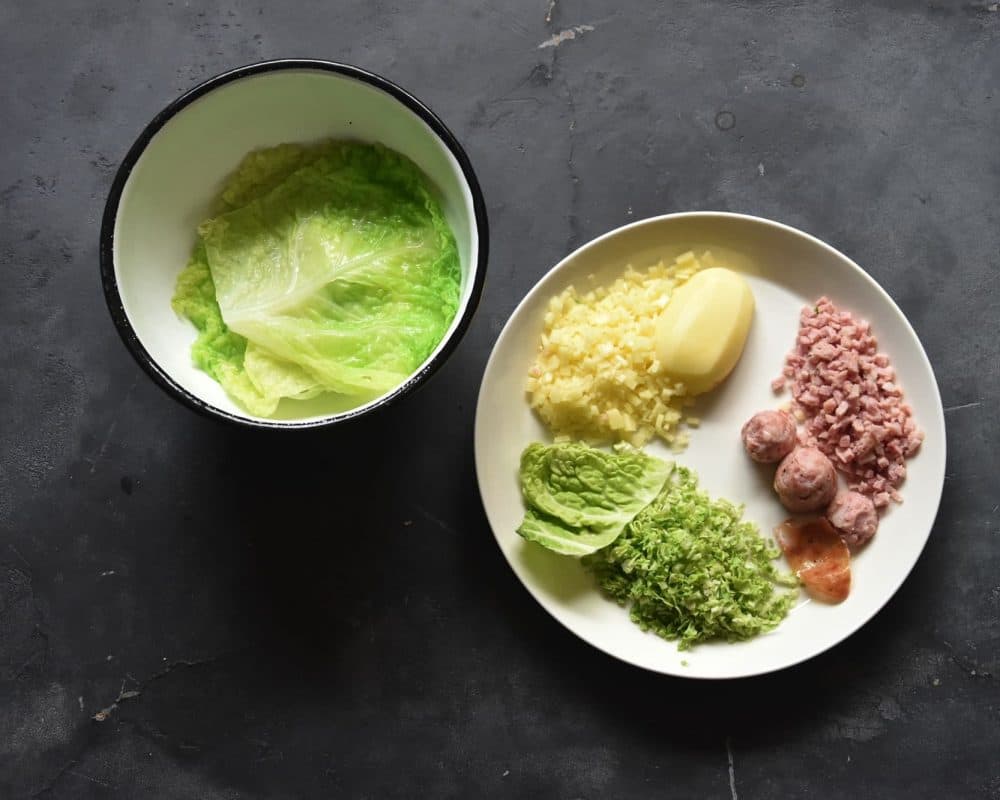 For the ”govnač” rolls chop shallots, cut potatoes, kale and the sausage into small cubes. Fry the shallots in the oil and add the sausage and kale. Quickly fry and add potatoes and spices. Pour over the soup stock and stew the ingredients to soften them. Set aside and cool slightly. Wrap in kale leaves, previously blanched in salty boiling water. Before the serving fry in butter. 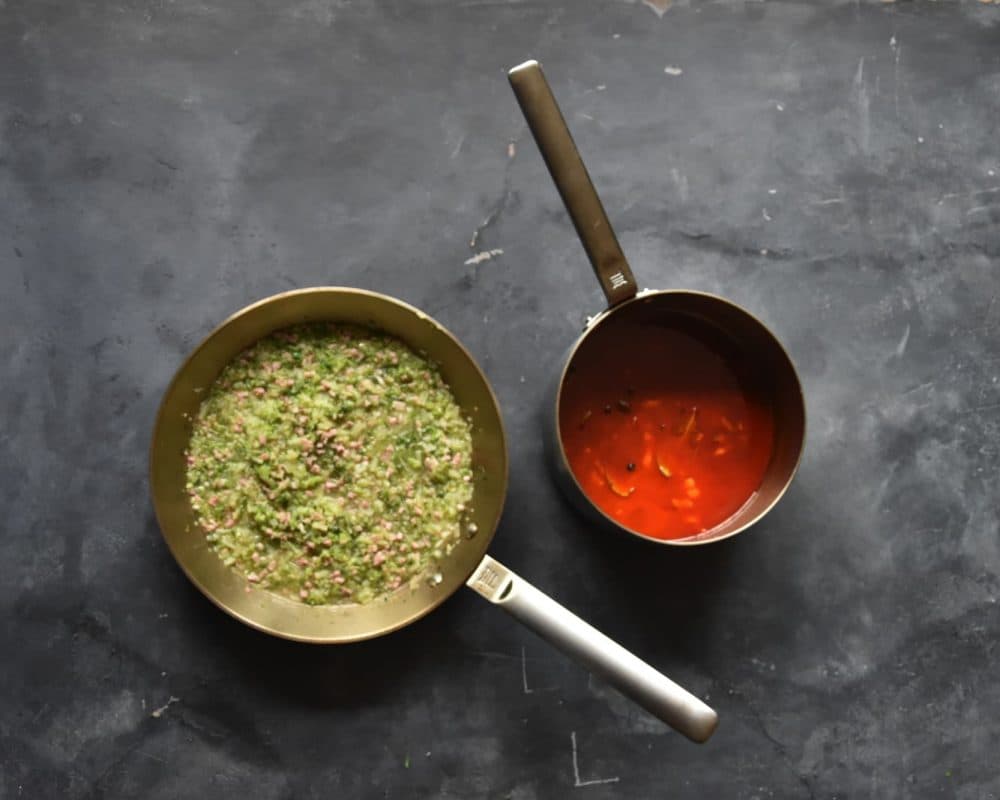 For a bacon sauce fry onion, bacon and celery in oil. Add the garlic and the pepper and fry it all together. Pour over wine and reduce. When the wine is half-boiled, add the spices and pour over with the chicken stock. Reduce to half, then strain and thicken if necessary. 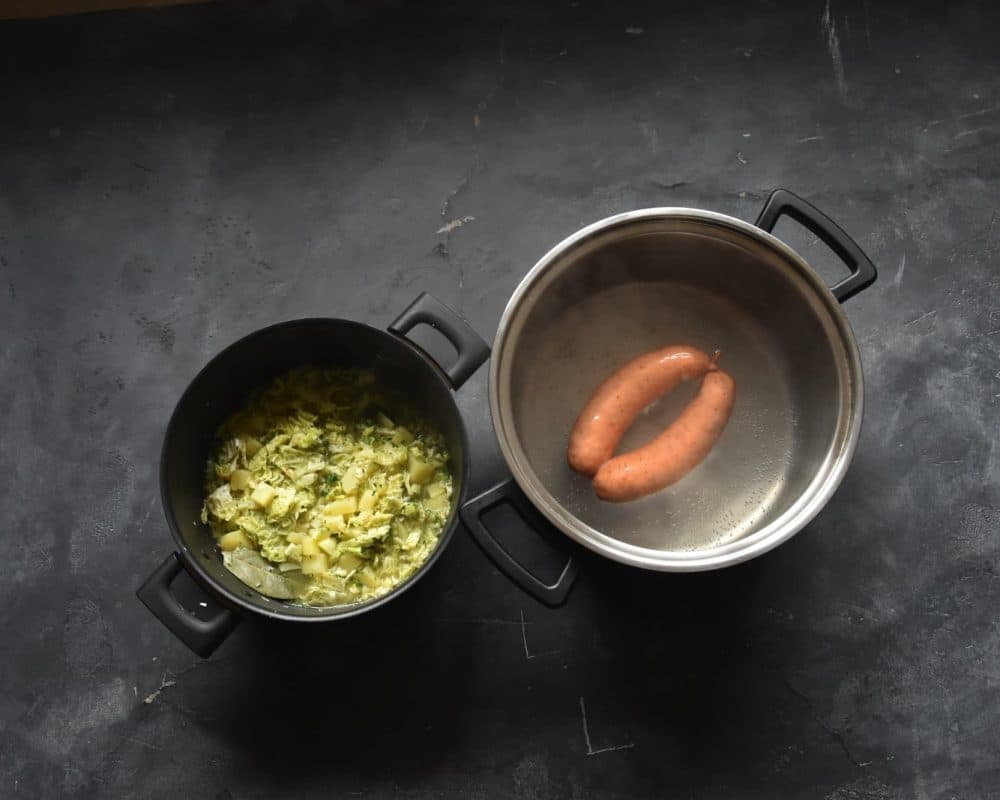 Cook the sausage and bake quickly before serving.

Serving: Put a spoonful of “govnač” purée on a plate, put a “govnač” roll on it, pour with sauce, add sausage and decorate with kale chips.

Govnáč (known also as présnek, posílen zéle, swádek zéle) is a standalone dish made of cooked fresh cabbage and potatoes. It is most typical for Upper Carniola gastronomic region, although other Slovenia gastronomic regions prepare it a bit differently. A dialect word »govnač« comes from word »glavnjač«, a dish made of cabbage head. It can be served as a standalone dish or as side dish with meat and Carniolan sausages.

Carniolan sausage is known around the world as »Krainer Wurst« or »Kransky Sausage«. There are several tales about its naming. Carniolan sausage probably got its name from the well-known sausage from Carniola, where the production of sausages was very widespread. The narrative talks about the emperor Franc Josef, traveling on a long journey from Vienna to Trieste, stopped at the Marinšek Inn from Naklo near Kranj wishing to dine well. He asked the innkeeper what he could offer him, and he replied that they only had simple, ordinary sausages and nothing else. The emperor ordered a sausage and when he tried it, he enthusiastically said: »It is not an ordinary sausage, but Carniolan sausage!« Nowadays, the tail is often part of Carniolan sausage promotion. Annual Carniolan sausage festival with its professional evaluation of Carniolan sausages and best-sausage prize-giving ceremony adds to its promotion. Slovenia registered Carniolan sausage as protected geographical indication at the European Union level. Carniola sausage was also in the space, when the American astronaut with Slovenian roots Sunita Williams took it with on her journey into space in 2006.

PASTA WITH CABBAGE AND BACON

Mmmmm - a great meal to be prepared during the cold winter days. Simple and quick to prepare, this recipe is very suitable for today's fast-paced life. It is well known in Slovenia as well as in Croatia.

Great idea for next Sunday's lunch - pork roast with roasted vegetables and potatoes prepared in a slightly different way. To lick your fingers!

A 'fake' seashells - in the past with this dish housewives in Ljubljana pretended but at the same time delighted their guests. Do you know why?